Water desalination process is a system that removes dissolved salt and other contaminant from water in order to obtain fresh water. This water may be used as drinking, industrial or irrigation purposes. This process is used those areas where fresh water is insufficient but unlimited supply of saline water like Saudi Arabia, UAE, USA, Israel, Kuwait, Bahrain, Qatar, Oman, Australia, North Africa. More than 100 countries use the desalination process. Without sodium chloride this water may also contains some other contaminants such as organic matters, biological and mineral contents, algae, calcium carbonate etc. These substances should be removed from saline water. Generally the TDS value of the produce water is less than 500 ppm which is suitable for most of the domestic, industrial and agricultural uses. 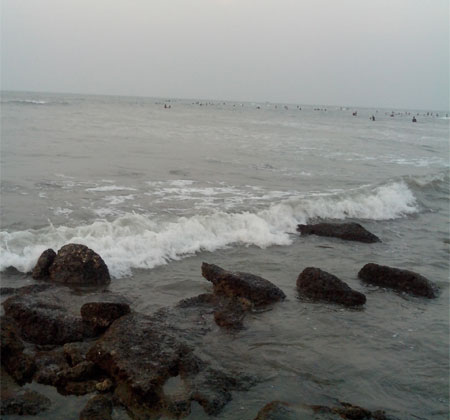 Pretreatment is very significant step for reverse osmosis. This step is used to remove algae, sediment, suspended solids and other particles and adjusting the pH to increase efficiency of the next reverse osmosis step. It may contain multimedia filter tanks such as sand filter, diatomaceous earth filter or cartridge filters.

In RO, the pretreated water pumped with high pressure through semi-permeable membranes, therefore the freshwater separated from saltwater by keeping salt and other minerals behind. A Small percentage of salt may remain in freshwater; it may up to 500 ppm. This fresh water is suitable for consumption. On the other hand the water behind the membranes is too much salty which is known as brine. This brine needs to be discharge into the sea by diluation with sea water to reduce the impact on sea. Normally the size of the RO membrane pore is about 0.001 microns.

The fresh water, after the reverse osmosis is almost ready for uses. It needs to be treated as per consumption. In post-treatment step, it may require pH adjustment, disinfection or degasification before use as potable water. For industrial uses the water needs more pure water.

Generally the water desalination process requires more energy compared to other processes like groundwater or rainwater treatment. Although the membranes are sensitive but the system is simple and requires low maintenance. The brine disposes very carefully so it has a negligible environment impact.